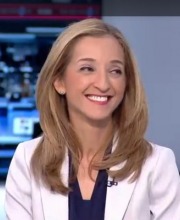 Dr. Limor Samimian-Darash is a Senior Lecturer at the Federmann School of Public Policy and Government at the Hebrew University. She was chosen as one of the promising early-career social scientists for the Alon Fellowship (for the years 2013–2016). She was a visiting scholar at The University of California, Berkeley (2006–2008), and a post-doctoral fellow at Stanford University (2010–2012). Her research focuses on modalities of future governing; health and security preparedness; the conceptualization of risk and uncertainty in social theory; scenario planning.